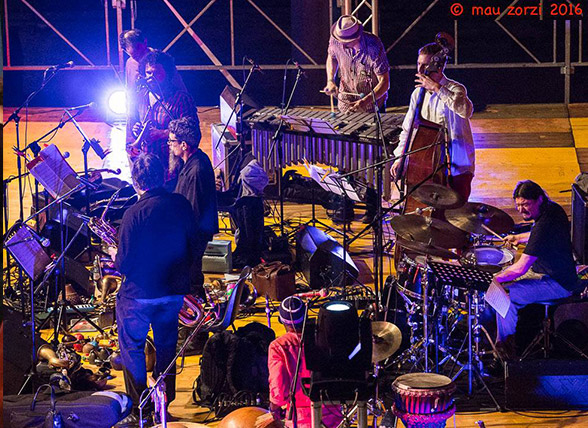 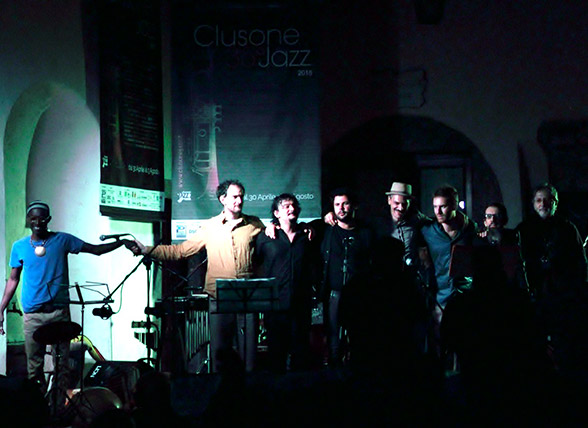 Cristiano Calcagnile, drummer active on several fronts, from avant–garde rock to experimental jazz, in 2013 began working on a tribute to Don Cherry, a brilliant and visionary pixie, a forerunner of world-music. After debuting in April 2014 in Milan and performing at important festivals, in 2015 the Calcagnile’s octet records the material for the debut album, «Multikulti Cherry on», in three days, in Mestre.
But the creative journey of the band does not end here. They keep working and, despite drawing inspiration from the Oklahoma trumpeter, they continue their increasingly original and evocative exploration. The need to look ahead, even at the cost of taking risks, without betraying the sound of the early days, leads to the release of a new album, which also uses the material from the three recording days in Mestre, but with some reworking in studio.
«The Gift of Togetherness» confirms that something new has taken shape under Don Cherry‘s protective wings. Thanks to the empathy of the ensemble, which today has become a nonet with the addition of the pianist Alberto Braida, the strong personalities of its musicians are put at the service of the collective, without each individual freedom being necessarily suffocated. (Claudio Donà).